São Paulo–Guarulhos International Airport (IATA: GRU, ICAO: SBGR), also known as São Paulo/Guarulhos – Governador André Franco Montoro International Airport, Cumbica Airport or simply Guarulhos Airport, is the main international airport serving the city of São Paulo, being the busiest one in Brazil. The second busiest airport in Latin America, São Paulo serves the city of São Paulo, Brazil and has passenger traffic of more than 36 million. This is why this Brazilian Airport ranks in the first place in terms of cargo handling, aircraft operations and transported passengers. Sao Paulo Airport is spread in a total area of 13.774.086 sq. meters and has the passenger capacity of 31.4 million per year.

Five airports in the city of Brazil have slot restrictions. These include – Guarulhos, São Paulo – Congonhas, Rio de Janeiro – Santos Dumont, Brasilia and Belo Horizonte – Pampulha. This means that these airports can operate a maximum of 45 operations per hour. After the São Paulo Airport was rebranded in 2012 as GRU Airport, it has been started operating by a consortium which comprises of Invepar S/A, Airports Company South Africa and Infraero.

Guarulhos Airport now has three terminals: Terminal 1 with Wings A and B and Terminal 2 with wings D and C. Cumbica is undergoing a major expansion with the construction of a third lane and a new Terminal 3, together with a new Express rail service in preparation for the 2014 World Cup. 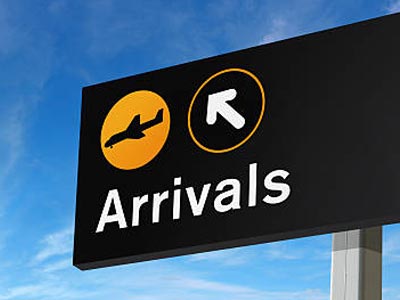 At São Paulo International Airport we present you with updated real-time domestic and international flight arrival details on all landing flights. 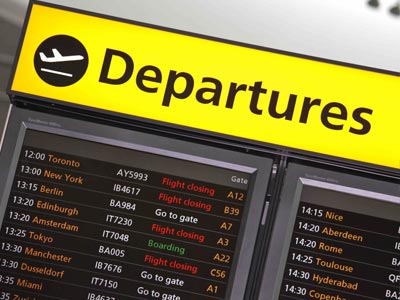 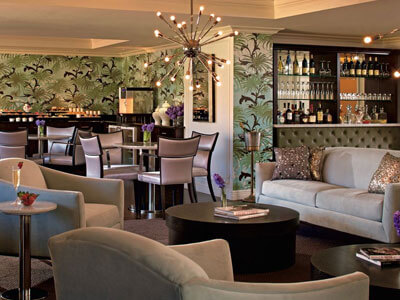 At GRU Airport Passengers can find lounges and hotels to stay on a layover or if there is some flight delay. Check out the details below about its Lounges and Airports.

To & From GRU Airport

Guarulhos Airport, also known as Cumbica Airport, is one of the largest airports in Latin America, with three passenger terminals and a Cargo Terminal, arranged in ascending order along the main access road.

Each airport terminal can be identified by a different color, which facilitates the location of passengers:

Those arriving at Guarulhos Airport by the main highway will access Terminal 1 (formerly Terminal 4), which operates exclusively domestic flights. In this terminal, it is possible to do all the check-in procedures (sector A), access the gates from 101 to 109 and count on essential services of attendance, as well as some shops, cafes, fast food, drugstore.

Terminal 2 of Guarulhos Airport is the junction of former Terminals 1 and 2 that now operate international and domestic flights . It is also possible to do the entire Check-in procedure (Sectors B, C, D, E) and to have essential Customer Service services, besides having access to banks, exchange offices, shops, restaurants and bars in the passenger boarding floor.

The Terminal has federal agencies, police station and Migrant Service. In the T2 are the Gates 201 to 246.

The boarding pier is located in the second building of T3, which has 20 boarding bridges, remote boarding rooms, VIP lounges, several shopping options and food court. At Guarulhos Airport - Terminal 3 are located the Gates 301 to 326.

Where the GRU Cargo Terminal works, also known as TECA. It is the largest airport logistics complex in Brazil and plays an important role in Brazilian logistics, connecting 34 countries, all capitals and major Brazilian cities through more than 720 daily flights operated by 40 national and international airlines.

In order to reduce the noise pollution caused by the high number of messages, since 2009, Infraero has interrupted the service of speaker of the airports of Brazil.

In the case of unforeseen events, warnings are made on boarding room monitors, by an Infraero employee or by the employees of the airlines that operate in the Guarulhos terminals.

That's why it's important to stay tuned to the airport's flight dashboard or to track your Arrivals and Departures updates available on the arrival page and departure page of the website.

Guarulhos provides the following facilities to all its passengers:

Guarulhos Airport provides some other facilities as well to all the travellers. Passengers can find lounges and hotels at GRU to stay on a layover or if there is some flight delay. Read More

Passengers can rent a car from the airport to explore the city and stuff. Car rental services are provided by these car hire companies – Hertz, Avis, Movida, Budget, Unidas, Localiza, Interlocadora and Locar Alpha. Read More

Smoking is not allowed in any enclosed public area in Brazil. Inside the Guarulhos Airport, there are no smoking areas but people can smoke outside the main terminal building of the airport. Read More

Duty free shopping outlets with a decent collection of clothing, electronics etc are available at the Terminals 1 and 2. Read more

A minibus shuttles to the city centre from outside of T1 and T2. At all the three terminals, prepaid radio taxis can be availed with fares starting from R$95. Read More

Outside all the three terminals, car parking for long and short term purposes are available. Parking fees can be paid in the transaction offices available in the arrival halls. Read More

Communication facilities such as internet wi – fi services are available throughout the airport premises.

At T1, a post office is situated which works during the normal working hours and is closed on Sundays.

At Terminals 1 and 2, banking facilities are readily available with establishments where customers can get foreign currency exchanged. ATMs are also available at all the three terminals.

A 24 hour left luggage office operated by Malex do Brasil is there in the arrivals area, main terminal complex. Trolleys for carrying luggage are also available. 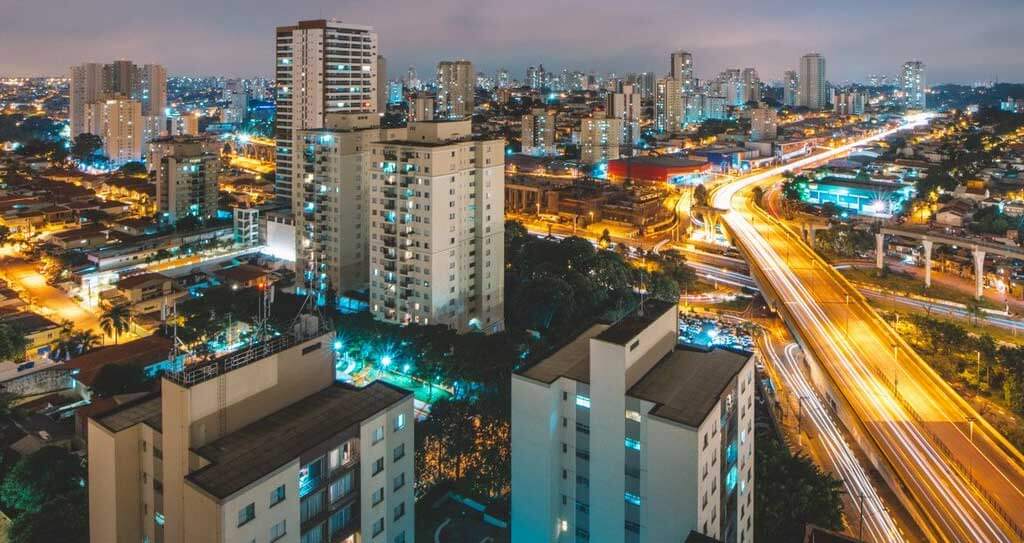 June 6th, 1967: The Brazilian military government observed an increase in the air traffic. This led them took the decision of renovating the infrastructure of the airport in Brazil. This included construction of new passenger facilities in the areas of Galeão Air Force Base in Rio de Janeiro and São Paulo Air Force Base in São Paulo.

August 11th, 1980: The construction of two runways and two terminals began on this date.

1989–2010: The capacity of the Guarulhos Airport increased to 8.25 million passengers per year after the expansion of runways in 1989. This capacity increased further to 26.8 million in 2010 but the volume of passengers was still in excess of the existing serving capacity of the airport.

2011–Present Date: Renovation of Terminals 1 and 2 started in two phases for using as domestic passenger terminals and the new terminal was named as Terminal 4. But the terminals were renumbered on December 2nd, 2015 and Terminal 4 became Terminal 1 while Terminals 1 and2 were renumbered as Terminal 2 and Terminal 3 had no change in its numbering. This re–ordering was done in accordance with the order in which one reaches the terminals.

São Paulo is the largest and most cosmopolitan city in the south-east region of Brazil. It has numerous museums, malls, theatres, restaurants and post offices etc which make São Paulo the business and tourism hub of Brazil. Following are the major cities in São Paulo state: 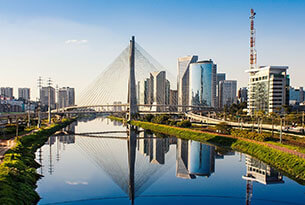 Santos has the largest port in Brazil with very enriching historical heritage. Most glorifying moments in the history of Brazilian football has taken place in Santos. 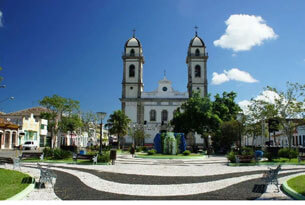 This was a town during the colonial era which has a beautiful historic center surrounded by soothing nature and clean beaches. 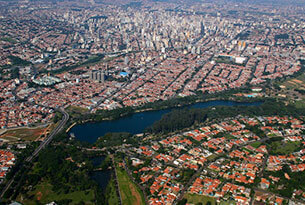 After São Paulo, Campinas is the second biggest metropolis and is regarded as the country’s main centre for technology and scientific research. Also, Campinas is a great place for partying. 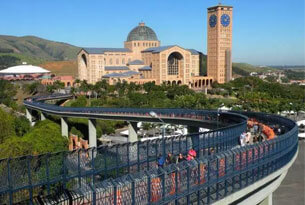 This city is known to be a place where millions of Christians come every year for visiting the world’s largest Catholic temple situated outside the Vatican. 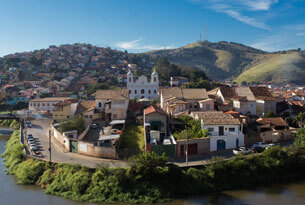 A municipal town in the Vale do Paribha region of São Paulo state. This is a historical centre with numerous constructions from the XIX century. This city is also known for its traditional carnival and ecotourism. 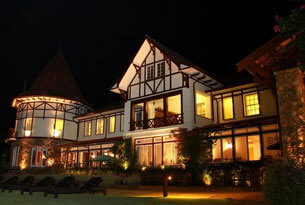 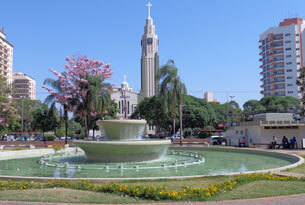 Located in the west of the state capital, Presidente is one of the major industrial centres and is also known for the best cultural services in the west of São Paulo state. The reason why it is also called "Capital of the West Paulista". 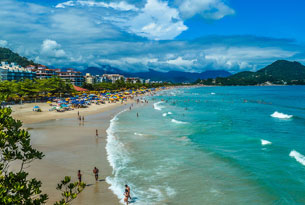 This municipality is a coastal city known for its historical heritage and also for the Maresias beach. The city is also an entry to the archipelago in the North Coast, Ilhabela.